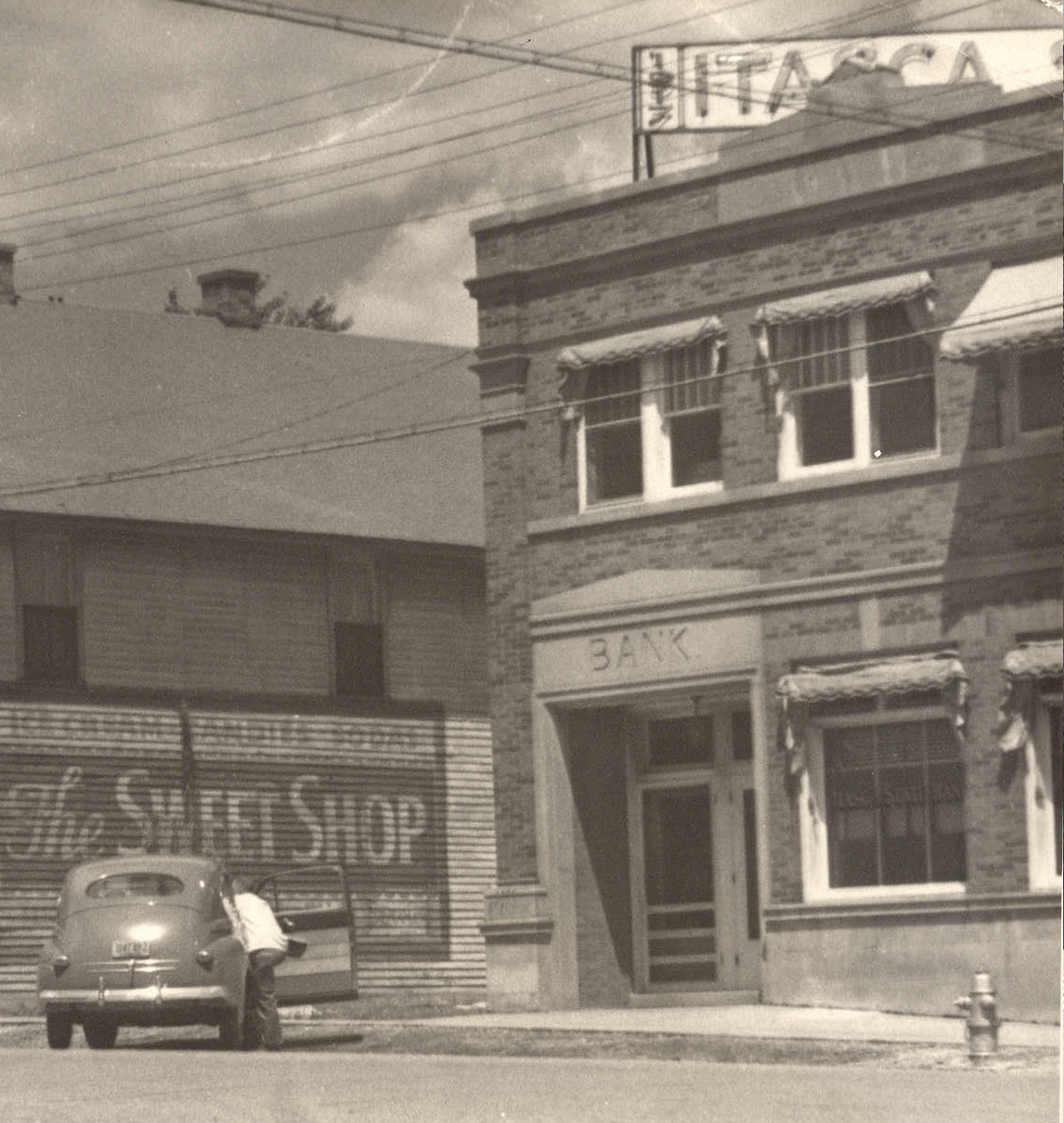 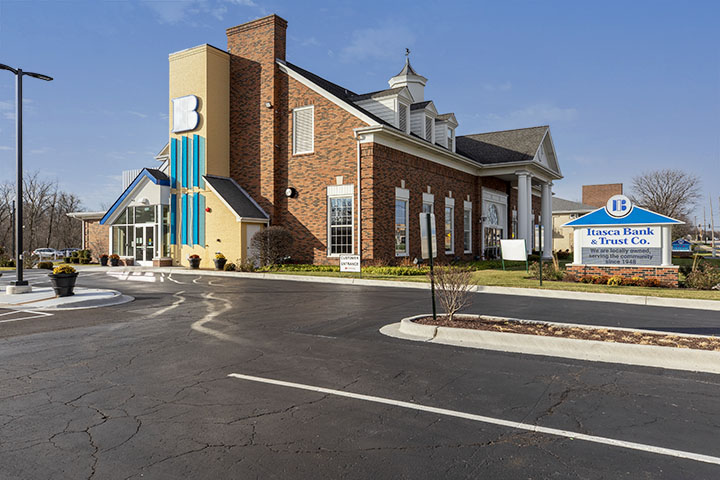 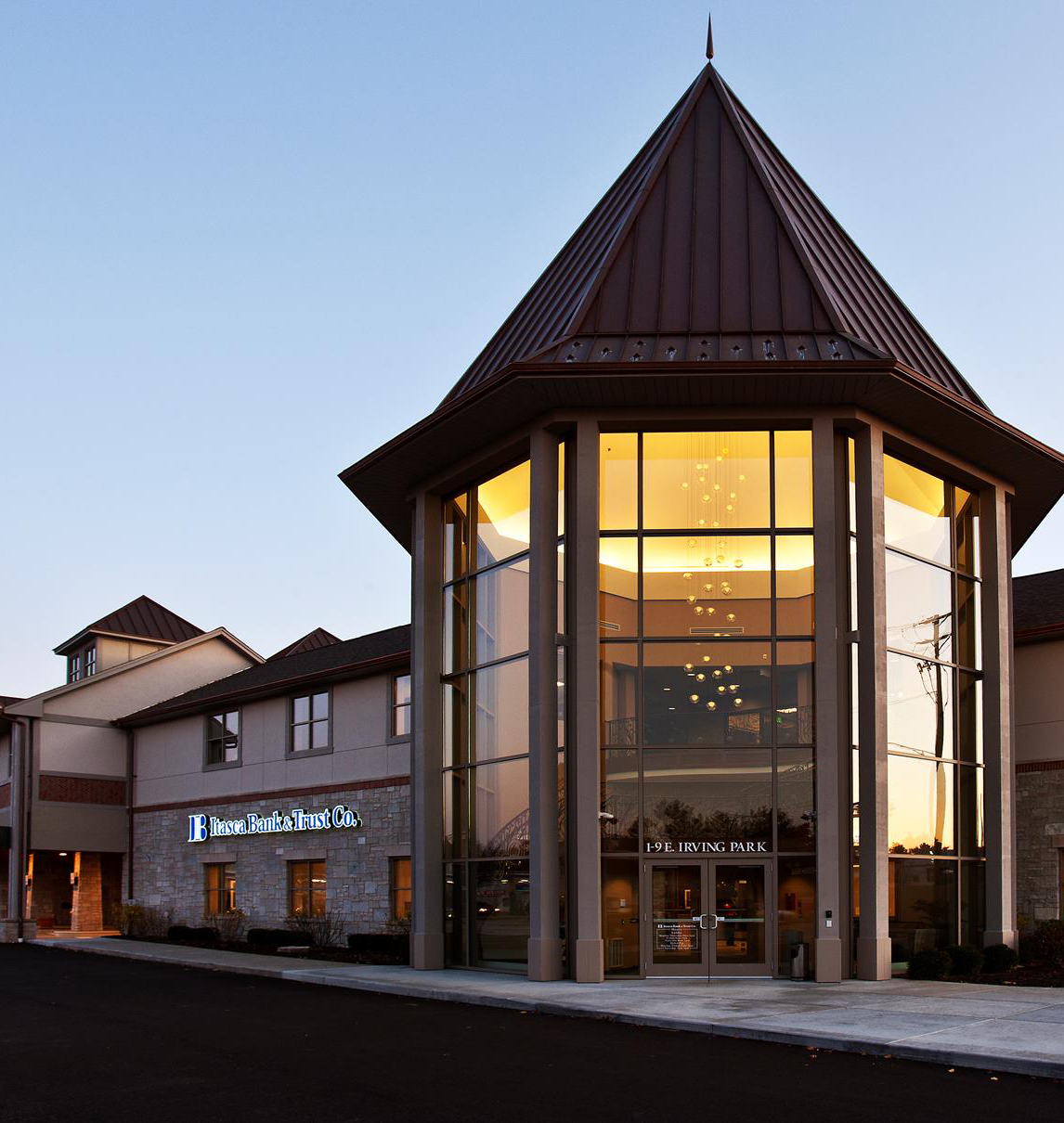 What Itasca Bank & Trust Co. is today can be found in the heritage of two families; the Franzens and the Menschings. H.H. Franzen came to Itasca in 1888. Two years later, he found his real vocation when he teamed up with two brothers to open their first bank. Over the next half-century, “Franzen” banks sprang up in many surrounding towns. H. H. was a founder of the Roselle State Bank in 1903, and The Itasca State Bank in 1916. He is said to have been involved in founding over a dozen suburban banks. H.H.’s banking acumen was reflected by the fact that both the Itasca and Roselle banks survived the Great Depression.

In 1955, Glenn Mensching was named President of The Itasca State Bank upon the retirement of his father-in-law, Elmer Franzen. A colleague once summed up the secret of Glenn’s success: “Most bankers lend money to projects; Mr. Mensching makes loans to people.”

Glenn Mensching served as President of Itasca Bank & Trust Co. for twenty-eight years. Upon his retirement in 1983, Art Binneboese was elected President and served until 1985. Art was an original employee of the Bank. Jack Mensching became President in 1985. In February of 2015, Jack Mensching assumed the new position of Chief Executive Officer and retired in 2017. He retained his position as the Chairman of the Board of Directors and will remain in that position for up to ten years. James R. Mensching was elected to President of Itasca Bank & Trust Co. at the Bank’s February 2015 Board Meeting. As the Bank’s fifth President in their seventy-year history, Jim Mensching said he is both delighted and honored to lead the Bank that his grandfather started. He understands what Itasca Bank & Trust Co. has done for the community and its shareholders, employees and customers. Carrying on that work is important to him. “I am proud to be associated with the Bank and will do everything I can to keep us just as proud on into the future,” he stated.

From the 1960’s through the 1980’s, Itasca Bank & Trust Co. wrote approximately fifty percent of all residential mortgages in Itasca and adjoining towns. With the increase of commercial business moving into the area, the Bank’s commercial business grew. The Bank helped many new businesses get started, funding a dream that may have started in a garage or basement. The Bank helped countless other businesses grow and prosper, working with them through economic ups and downs, covering payroll in some cases to help keep business growing. Many long-time commercial customers tell of getting a loan from the Bank secured by a handshake from Glenn Mensching.

As the years progressed, Itasca Bank & Trust Co. added new products and services to address the needs of its customers: the Trust Department, Investment Services, Remote Deposit Capture, and Mobile Banking. The Bank also introduced the Women’s InitiativeSM, which for twenty-two years has provided informative programs that celebrate and enhance the many roles of women, from personal interest to business and financial focus.

In 2023 Itasca Bank & Trust Co. is celebrating its 75th anniversary. The Bank continues looking forward to many years of helping shape a stronger financial future for our customers, our communities, and our country.

ASK US A QUESTION

Have a question about ? Send us a quick message and we can get back to you.

An easy and efficient way to manage your company's finances.

The Women’s Initiative offers the opportunity to connect with other dynamic women.

Join The Women's Initiative Ask a Question
ASK US A QUESTION

An easy and efficient way to manage your company's finances.